Host Paul Woolard opened the April meeting, again from home via Zoom. The first presentation of the night was by George Skarbek presenting his usual Q&A segment. This month there were only two questions, the first resulted in an interesting array of responses from our Zoom audience. 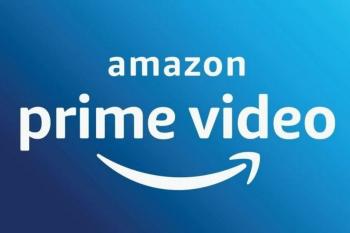 A. [George] As you’ve had no previously dealings with Amazon Prime, I don’t know how they would have got your credit card. There have been a lot of scams lately involving Amazon Prime. My wife does not have an Amazon Prime account and she’s regularly receiving SMS messages saying that “your Amazon Prime account has been debited with $83.55 (or a similar amount). If you don’t want this to continue automatically, please click here and”. If she was to click as suggested, she’d be in real trouble. Each SMS message has a different contact number, so there’s no point in blocking the number. You also need to be careful when receiving emails asking similar type questions.

[Reply] I definitely didn’t click here as the SMS suggested. I had 2 items debited for $6.99 then a third soon after the first for $600.99. This has caused me no end of strife, sorting the bank out, cancelling the credit card and getting a new one. I’m still having problems as the original credit card automatically debits payment for a number of other services.

[Audience] Have you contacted Amazon as that $600.99 charged to your account was obviously used by someone to buy something, which probably had to be delivered. Contact the Police with that information

[Reply] I have the name, phone number and full address where the item was sent. I gave those details to my bank and they have duly credited the cost back to account.

[George] I changed many of the regular payments such as Gas, Electricity, Water etc. that where previously linked to my credit card. I did this a few years back when my wife fell victim to such a scam. I now have these regular payments as a direct debit to my bank account. Now if I have to change my credit card, that removes all the problems of contacting each authority with the new credit card details.

[Further audience responses to this issue]

Q. I keep getting emails from Microsoft stating they’ve received a request for a single use code. The emails state that if you didn’t request the code, you can ignore it. There’s no evidence that anyone is getting into my account as far as I can tell. However, I keep getting these emails, so should I be chasing it up?

A. I can’t fully answer your question. If Microsoft say you can ignore it, but the emails keep coming, I’d create a rule in your email client, that emails from Microsoft with that subject are to be deleted. After that you won’t see the emails anymore. Most email clients have a junk or spam filter and that will get rid you of the problem emails. If it was something real, Microsoft would only send emails once or twice.

Following Q&A, Trevor Hudson presented a video he’d prepared on how to cast a laptop to a smart TV. The video commences with Trevor outlining the two methods of connecting a laptop to a wireless display. Once the wireless connection is set, a list appears where the TV can be selected from a list of wireless devices. When the laptop connects to the TV, you select the projection mode. That then enables you to view the video on both screens simultaneously.

Trevor’s video is available on YouTube by searching the title “Cast Laptop Screen to Smart TV” or use the link https://tinyurl.com/v84c43b6.

The following presentation was by East SIG convener Paul Woolard. Paul played two YouTube videos by the same presenter (CyberCPU Tech), on Windows 11. The first video is titled “What Sucks in Windows 11” and can be viewed at https://tinyurl.com/m9jynneu.

The first video outlines what the presenter “hates” about the current version of Windows 11. He does acknowledge that in time, many of the features he hates are likely to be rectified. I recommend MelbPC members watch the video, as the arguments for each of his criticisms of Windows 11 are demonstrated on screen. Below I’ve listed a summary of items from the video.

The second video Paul played was again by CyberCPU Tech titled “What is Great in Windows 11” at (https://tinyurl.com/2p845aan). This video gives the opposing view of Windows 11.

Below is a summary of the opposing view, which outlines the features the presenter thinks are “pretty amazing” about Windows 11. Surprisingly, the added security provided by Windows 11 was not on the list Again, it is worth viewing the video to hear and see the arguments for each listed item.

Members of Melbourne PC User Group can enjoy the club’s private Yammer based forum. Members share the latest tech news, help each other solve PC problems or simply chat about the affairs of the day. Another good reason to join MelbPC!!