The Other Side of the Bitcoin

In the April 2021 edition of the Gigabyte Gazette, I contributed an article titled “Bitcoin – the New Gold?”. I stated that “Gold and Bitcoin, as different as they are, both have characteristics of good investment vehicles and sound money.” In the April article, I emphasized the positive aspects of Bitcoin (along with other cryptocurrencies). I concluded by stating, “Bitcoin is becoming a valued currency not by force of government declaration or people’s acquiescence, but by recognition and popular acceptance.”

Yet any investment with tremendous past profits and massive future potential also necessarily has tremendous downside potential. In this article, I will discuss what I think could be the downfall of Bitcoin and other cryptocurrencies.

Under current protocols, the maximum number of Bitcoins that can ever be mined is 21 million. There are approximately 18.8 million bitcoins in circulation today. It is estimated the last bitcoin will be mined in 2040.

Many cryptocurrencies have a finite limit, and the speed at which they will be increased is largely unknown and not controlled by any authority. But the scarcity element exists only within some specific cryptocurrencies, such as Bitcoin, Cardano (45 billion limit, 32 billion in circulation), and Litecoin (84 billion limit, 24 billion in circulation).

Other cryptocurrencies, such as Ethereum and Dogecoin, have no limit. There are well over 1,000 cryptocurrencies in existence, with new ones being created seemingly weekly. The potential supply of cryptocurrencies is infinite, limited only by the human imagination and the willingness of individuals to fork over their cash. Cryptocurrencies are far from scarce.

The key is the secret code required to access a cryptocurrency wallet. The loss of this code means the loss of all assets stored in the wallet. If the PC hard drive or flash drive fails or is accidentally discarded, this can happen. According to estimates, this is common; it has happened with up to 25% of crypto-wallet owners who have lost over 18 billion dollars worth of digital currencies. Unfortunately, it is impossible to restore the code and recover the currency if lost.

Technical problems on the servers where cryptocurrency wallets are stored happen with disturbing frequency. Investors who have suffered losses cannot claim a refund regardless of whose fault it is. Usually, the problems are caused by hackers and occasionally by bugs in software or hardware, but no matter when the money disappears, it is gone.

Some governments seem willing to accept or at least accommodate cryptocurrencies, such as the US and Canada. However, other nations, such as Russia and China, have denounced or outlawed cryptocurrencies within their borders. In late September, the Chinese government expanded its ban on Chinese financial institutions providing crypto-related services. In addition, it restated its goal of forcing miners out of business. This announcement knocked 10% or more off of the values of many cryptocurrencies on 9/24/21 before a small recovery. Governments lose the ability to use fiscal policies to control their economies when they allow the widespread adoption of digital currency. In addition, if cryptocurrencies were widely adopted, nations would lose the purpose and power of their national banking systems.

There are fears of rising cybercrime and other crime rates due to the increased ability to transfer value through untraceable financial transactions. In addition, some claim the rise of crypto-based payments could increase the ability of people to engage in illegal activities without leaving a trail, another reason many governments opposed the adoption of cryptocurrencies. However, I believe these fears are overstated since law enforcement has been able to trace and recover some cyber ransom proceeds, which would probably be impossible with cash.

On a Sunday afternoon in early September, my wife and I almost accidentally wandered into a “cryptocurrency seminar” held in a small meeting room at DV here in Sun City. We soon discovered that we were in a multi-level marketing rally, including testimonies of several people stating they had made hundreds and thousands of dollars in seconds or minutes by using the system the presenters were promoting. Loud claps and cheers followed each testimony. They named several cryptocurrencies; most were unknown to me. 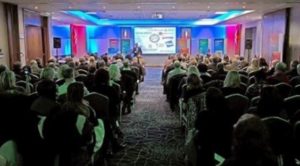 One MLM rally provides anecdotal evidence of probably nothing. However, I have to wonder how many other like-minded individuals worldwide have embraced the suspension of logic and critical thinking required to be swept up by the allure of quick profits in cryptocurrencies.

Many of us can remember the “dot com” boom at the end of the last century. Any company claiming to have an idea relating to providing anything through the then-new internet could issue stock and reach a substantial valuation. Many new companies had no earnings or revenues, yet they doubled in price the day they started trading. Investors knew these stocks had no intrinsic value, but no matter if they could sell them at a higher price than they paid. That sounds very much like most cryptocurrencies today.

When the crash came in 2000, even the few good internet companies such as Amazon and Priceline (Booking.com) saw the destruction of a substantial majority of their market value. This persisted for many years until they eventually recovered and went higher. Unfortunately, most of the dot com companies whose value soared astronomically came crashing back to earth, becoming worthless losing investors billions of dollars. 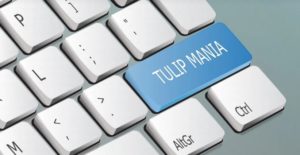 The current cryptocurrency craze exhibits many similarities to the dot com boom and echoes many speculative bubbles of the past. For example, the Dutch “tulip mania” in the 17th century is considered the first recorded speculative asset bubble. Prices for some rare tulip bulbs reached amazingly high levels, $750,000 in today’s money, then dramatically collapsed to virtually nothing.

A $50k cryptocurrency investment has the potential to become a half-million dollars or more or to become worthless; you won’t even be left with a beautiful flower. And remember, there exists no centralized exchange like there was with stocks and even for tulip bulbs. So, it could be very ugly. History never repeats, but it certainly rhymes.