Making Over the Training Room 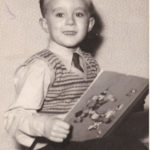 Let me start by apologising for not doing a report last month (how many noticed?). I have been very preoccupied designing, making and programming a specialised 7-channel temperature logger for my son’s startup business. That’s not to say things have not been happening in the club. On the contrary, we have a committee who along with a number of non-committee volunteers are working very well together to minimise the downsides of the current troubles and, more importantly, take advantage of the unusual opportunities to strengthen your club.

The July monthly e-meeting was very successful, with a peak of 109 people present. Even allowing for the people “on stage” there were over 100 members in the “audience”. I had been a little reluctant to allow everyone into the “room” and able to talk, with all the attendant risks of conflicts and feedback loops, but it went very smoothly. A couple of people mistakenly clicked their “share screen” buttons, leading to slight disruptions, but that was easily handled. Kirsten Greed organised the program, and will be doing so from now on.

There were a couple of important lessons from that. One is that it can work with 100+ people in the room. The other is that a late email reminder can boost e-tendance. Because I messed up an earlier mailout, I had to send out a correction on the day of the meeting, which coincidentally served as a last minute reminder. One unexpected consequence was that several people lingered after the meeting and had a jolly good chat, which is exactly the kind socialising we want to encourage.

Zooming in on SIGs

It has worried me for a while that the individual SIGs have largely been doing their own thing with e-meeting technology. An unintended consequence of that is that only those members who are on each SIG’s email list have been able to obtain the link and attend. It is the right of every member to attend every SIG meeting, and letting non-members in to sample a limited number of meetings is an important recruiting tool. So something had to be done. Collecting all the meeting links and publishing them to all members would have been a nightmare task, given some possibly change every month or are not known until hours before the meeting. Quite a few SIG also do not use the club’s central email broadcast system but chose to operate their own ad hoc mailing systems.

So what we have done is negotiate for a bunch of paid Zoom licenses and make them available to SIGs. This will allow the link (URL, pass code) for a given SIG to always be the same. It will also get rid of the pesky 40 minute limit imposed by Zoom (which was one of the key factors in us initially attempting to adopt Google Meet as the “standard” platform for the club).

We have called a SIG coordinators’ meeting for 8th August, where all the SIGs will be briefed on the new arrangements. I am sure they will all cooperate when they understand this is about the health of the club and the rights of all members to attend all meetings. It’s actually quite exciting to me, because people will be able to e-tend meetings they would never drive across town for. That applies very much to the topic-specific SIGs like genealogy, video production, and microcontrollers.

The plan includes setting up a web page that will capture the details of non-members (a.k.a. potential new members) before they are handed the address.

Bill Sakell has stepped into the role of Curator. Sean Clarke is also contributing. The back corner of the Borrett room has been cleared to make space. My head is full of ideas to make a really cool techno-funcky presentation.

The Maker Room is notionally ready for business, although I have not yet bought the tools and equipment for which funding has been approved. There is no rush and it got strangely entangled with the Jaycar member discount issue (which is close to resolution). Spooky!

The Maker Room project completed for now, attention was turned to the lounge area. On 2nd July our Vice President Stephen Zuluaga broadcast an email invitation to 1516 members to a discussion about where to go with the initiative to transform and modernise our Moorabbin club rooms. 936 people opened the mail, and 10 members e-tended. The matter has morphed into a much broader discussion of where we take the whole premises. The discussion is on Discourse, and open to all members. If you do not yet have access to our Discourse discussion forum, just email office@melbpc.org.au and ask to be let in. https://forum.melbpc.org.au/t/unconstrained-brainstorm-on-club-spaces/490/14