In Memory of Judy Bednar

We had a terrible shock when we heard that a long-time member, Judy Bednar, had been murdered in her home and her son subsequently arrested. She was well known to many members through her active participation in the original Melb PC newsgroups and then Yammer, with many of us considering her a friend. As ever with the newsgroups and Yammer the discussions she was involved in ranged far and wide, from computer related “why is it so?” to her experiences in communist Hungary and when she came to Australia in the late fifties, her feelings about Israel, and sadly the decades of problems she had with her schizophrenic son.

A number of us had met her personally and visited her home to help her with solving computer related problems, along with the occasional handyman chore while we were there. Consequently, we were referred to as her “Clayton’s husbands” and she often sought help in working out how to achieve some household task or repair.

Judy enjoyed gadgets, she loved her coffee machines, TVs, PVRs and computers but was plagued by what we came to know as the Bednar Poltergeist, a mysterious force that loved to torment her by altering settings and stopping technological devices working properly. Of course, said poltergeist vanished more often than not when a visit was paid only to reappear shortly after.

Such a sad and horrible end to a long life. Rest in peace Judy. 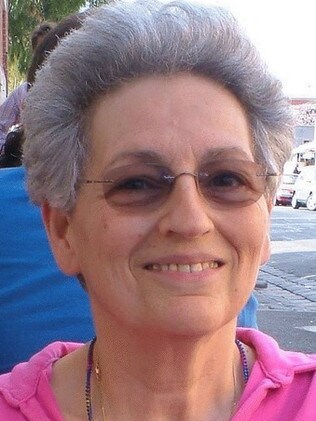 We’re taking a collection in memory of Judy and making a group donation to Domestic Violence Victoria (DV Vic) and the Domestic Violence Resource Centre Victoria (DVRCV). If you’d like to contribute you can either make a direct bank deposit, or phone the office during normal business hours and pay by credit card. Direct deposit is preferred. Please refer to the following link for details and note collection closes on June 29th.

Now that the official Service Victoria QR code is the only type that can be used to check in when you visit businesses and other venues members have raised a few issues. Mostly it’s been working okay but a few people have been caught out by older phones as the app requires Android 6.0 or later, and as the QR code is quite dense some cameras, particularly on older phones, struggle to read them.

One member lamented the lack of support for older phones, particularly as many older people use phones handed on by grandchildren, but for better or worse technology moves on and only around 4% of phones run less than Android 6.0. Older Android versions don’t support the features required so simply aren’t suitable for use with the app, even if it could be installed.

There are phones available that can run Android 11, the latest version, for under $130 and if that’s too rich slightly older models can be bought for under $50, just be aware they’re probably locked into one of the phone companies and most likely can’t be updated to newer versions of Android. Regardless, a data enabled phone account is required.

Or of course you can still check in using pen and paper.

Graham reported he’d received an e-mail sent using the address of another member and containing a link to an “invoice” – clearly a phishing e-mail. On the surface we thought it was just a case of a spoofed e-mail, but other members reported receiving it too and anti-spam measures on the Microsoft servers reported to our mail admin that they were blocking the member from sending.

So rather than being a spoofed e-mail it was likely the member had an infected system that was sending the e-mails. Harry reported that the iHelp team was actively engaged in helping the affected member. Hopefully, a few phishing e-mails were the only damage.