The night’s first presentation was on “Virtual Backgrounds on Zoom” by Dave Botherway.

Zoom is constantly being updated so needs to be checked regularly for updates. The updates are not automatic so will need to be performed manually. Open Zoom from the Windows start menu and the Zoom home page as shown in Figure 1 opens. Click on the user’s avatar at the top right corner of Zoom’s home screen and an Options window appears. (Figure 2) Select “Check for updates” in this window and if an update is available the “Zoom Update” window appears. This window gives the new version number along with the current installed version and version changes. From the “Zoom Update” window select “Update” and the progress of the update is shown as can be seen in Figure 2. To change a user’s default picture, select “Settings” from either the Options window (Figure 2) or from the cog wheel below the user’s avatar (Figure 1). From the Settings window select “Profile” then “Edit my Profile”. From here select a picture to use as your user profile. Using a Virtual Background in Zoom allows the user to display an image or video as a background to their image. This feature works best with a physical green screen and with uniform lighting. A contrasting background allows Zoom to detect the difference between the user and their background.

Virtual backgrounds can be chosen either from the Setting window above (Figure 3) by selecting “Backgrounds & Filters” (Figure 4) or from the Zoom toolbar by clicking on the up arrow besides video icon. (Figure 5) After selecting “Backgrounds & Filters” from the “Settings” window, 2 tabs appear under the video feed where either Virtual Backgrounds or Video Filters (Figures 4 & 6) can be selected. Under the Virtual Backgrounds tab are a number of default backgrounds that are available to use, or you can add your own background picture or video by clicking on the plus icon (+) located above the scroll bar on the right. .

The Video Filters tab offers filters that can change your video appearance. In addition there are a  multiple amusing effects that can be added to your video image, such as hats, glasses and even face masks. These latter filters move with the user’s image as if they are attached to it. At the start of his presentation, Dave recommended updating Zoom regularly. Changes to the way “View” is displayed and the numbers of emoji’s now available, are 2 of the changes that have been observed since last month’s meeting report on Zoom. These changes are depicted in Figure 7 below.

Stewart Bedford followed Dave with a presentation titled “My experience setting up and using a Linux-Windows Dual Boot Operating System”. As a long term Windows user Stewart opted for a dual boot Linux setup, more out of curiosity than any real need. Linux could have been run as a virtual machine, but a dual boot arrangement was chosen partly due to its lower system overheads.

Stuart’s dual boot setup comprised Windows 10 running on one Solid State Drive (SSD) and Linux Mint, Cinnamon edition 19.3 running on another SSD. Normally a dual boot would have both operating systems (OS’s) on the same SSD or HDD. Stuart chose a separate SSD for Linux to avoid using up space on the Windows SSD and because SSD were now more affordable than when the Windows SSD was purchased. To make the transition to Linux easier, the Cinnamon distro of Linux Mint was selected due to its close resemblance to Windows 10.

Having installed the second SSD in his computer, the next step in the process is to download a Linux Mint ISO file from https://www.linuxmint.com/download.php. The Linux Mint ISO file has the file extension .iso and is an exact operating system image of the Linux file system. Once the ISO file is downloaded it needs to be flashed to a USB flash drive or written to a DVD. Linux can then run from the USB flash drive or DVD as a “live distro” or be installed as in Stuart’s case on the second SSD. From the Linux desktop shown in Figure 8, Linux can be run either as a “live distro” from the flash drive or installed on the second SSD. Stuart selected the install option and Linux immediately identifies that Windows 10 is already installed and offers a number of different installation options.

Wanting to run Linux Mint from the second SSD Stuart selected the first option “Install Linux Mint alongside them”. The “them” refers to the other OS’s the Linux installation found (i.e. Windows 10). The remainder of the installation was quick and went very smoothly, with only requiring time zone, language and password to be entered along the way. All hardware was identified and installed correctly, which came as a pleasant surprise to Stuart. When the computer now starts it boots to a menu offering the choice of either Linux Mint or Windows 10. The top entry in the menu is Linux Mint with Windows 10 at the bottom of the menu. Selecting either menu option causes the computer to boot to that operating system. A similar Dual Boot menu to the one Stuart sees is shown in Figure 9. Stuart has been a Linux user for 2 years, but this is the first instance he’s used Linux in a dual boot arrangement. From his experience to date, Stuart went on to describe the positives and negatives he’s found using both Linux Mint and Windows 10.

Advantages of Linux over Windows

Advantages of Windows over Linux:

Followed Stuart’s presentation we looked at “Advanced Google Searching”. Paul Woolard commenced by asking those present who uses Google to search the Internet. Most used Google and were unconcerned that Google tracks their search terms in order to target them with more relevant advertisements. One member commented that it was better to see advertisements that may be of interest, rather than random irrelevant ones. A small number present used Bing and others more concerned about their privacy used DuckDuckGo for internet searches. 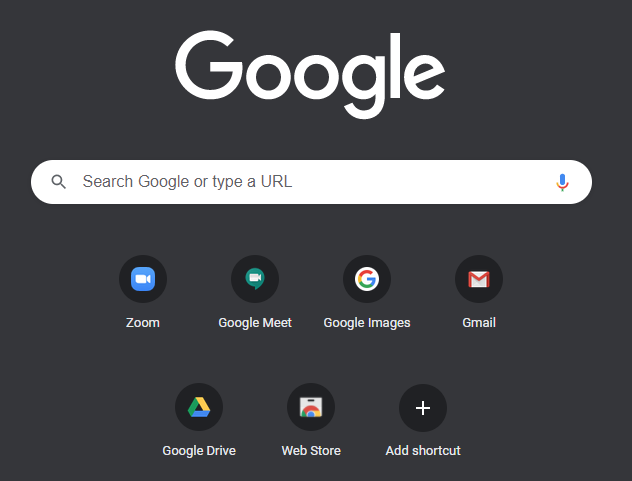 Most Google users simply enter their search terms into the search bar. However by using a few simple search techniques, it’s possible to narrow down the search to give more accurate results. Some of the more useful of the techniques Paul mentioned in his presentation are included below.

The term “Advanced search techniques” is a little misleading as most would find the techniques presented are simple and easy to remember. For those wishing to further investigate Google searching Paul has provided links to 3 web pages below.

How to Use Advanced Google Search Commands

Google Tricks That Will Change the Way You Search

The “Advanced Search” window displays rows of search boxes where the different type of search queries can be entered. The search terms used in these boxes have been mentioned earlier but don’t need to be remembered because examples are shown to the right of each box. As the graphic below (Figure 12) is a little hard to read, the title of each search boxes is listed below. After entering search terms in the 5 search boxes above, searches can then be narrowed further according to language, region, last update, site or domain, terms appearing, safe search, file type, and usage rights in the “narrow your results by” section below. George mentioned how useful he finds the “last update” option when for example searching for “recent windows problems”.