From The President February 2020 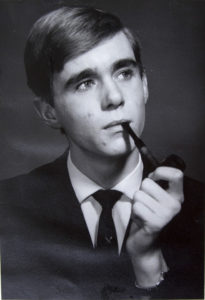 Is the club dying?

On a Sunday a few weeks ago Steve Zuluaga, Hugh Macdonald and I were at the club, and spent a few hours with one newly joined member and two sure-to-join candidates. They are all under 40, one maybe a bit older.

Also on that Sunday the Melbourne Computer Club FaceBook page acquired a sudden rush of Likes. In the currency of FaceBook that is a Big Deal. This was a direct result of publicising Coder Dojo on FaceBook (more on that below).

Our member count is currently fairly stable at around 1600. That is in contrast to a few years ago when we were losing members at quite a rate. New memberships are roughly half and half young people and more “mature” people, some of whom are re-joining after an absence.

Two days earlier an email was received from a member complaining because we had put out a notice that we want to move the cupboards out of the training room and get rid of any “stranded assets” (aka old junk nobody ever looks at), as part of the re-purposing of that space.

Never allowing anything to change is called stasis. Stasis leads to death. This committee not going to let that happen.

So no, the club is not dying. It is going to change, and your committee is committed to doing our best to help it survive, and thrive, by transforming it into a technology club for the 3rd decade of the 21st century. Inevitably we will step on some toes, though hopefully lightly. Inevitably some people will object to any change. But change we must. As far as possible we will consult with stakeholders and find, for example, alternative spaces and resources for their activities.

Steve Zuluaga, Rob Brown, Paul Hattam, Aavon Fernando Dave Williams and Aiden Kelly (new member from my first paragraph above) have all been putting an amazing effort into the training room. They have opened up the wall to the atrium to let in daylight and are building shelves and cupboards into the newly exposed bay windows. The complaining member mentioned above also complained about that, because the room is used for 8mm movie to DVD transfer as it (factually inaccurate) “is (was) the only room that can be blacked out”.

A vision is evolving of what that room can eventually look like with 3D printers, electronics work areas, CNC router, work benches and storage spaces. And natural light! Eventually it will become the Maker Room. AKA New Member Magnet.

Coder Dojo is a movement that introduces kids 7-17 to computer programming and related STEM (Science, Technology, Engineering, and Mathematics) topics in a fun environment. Steve Zuluaga is well advanced with organising a Coder Dojo in the club, working in collaboration with the established dojo movement. This will bring up to 15 new parents (potential members) and children into our club rooms, though hopefully some members will also join in. I will be participating with my grandson. It has already been advertised on Yammer and FaceBook. There will be fortnightly dojo sessions on Saturdays during school terms. Please visit the web page and enrol with your child or grandchild. https://melcc.org.au/coderdojo

I have an understanding with a local 3D printer importer/reseller. They will supply printers for the upcoming 3D printing workshop. In return we will “allow” them to leave the printers in our club rooms and bring in potential buyers to see them. Some of those printers we will be able to use as if they are our own; I hope to negotiate a deal whereby they do eventually become ours. This is a double win-win for us and for them.

The half day workshop will most likely be on 22nd February. That’s a Saturday in between dojos. The event has a web page. https://melcc.org.au/introduction-to-3d-printing-2002.

Paul Hattam is arranging the purchase and installation of an AED at Moorabbin, which will hopefully be in place by the February monthly meeting. Reminder: an AED saved a Wiggle’s life recently.

Anyone coming in to Moorabbin will notice we are experimenting with various furniture arrangements in the main room. The computers from the training room are parked in there while the training room is re-modelled. They will probably stay – the desks are all getting castors to simplify re-arranging the spaces. We are also aiming to make the room more sociable by arranging chairs around tables in preference to “theatre rows”, although this has met with some confusion and push-back.