From The President February 2021 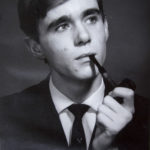 2020 will of course always be remembered as the year of Covid 19. We are fortunate that in Australia the effects of the pandemic have been very much less harmful than in many other countries. Nevertheless, it has had an effect on us all, and on our club.

Despite the challenges and potential risks to the club, I am happy to say the negative consequences have been much less damaging than I feared this time last year. Whether that is a result of good judgment or good luck, I’ll leave it for you to decide.

Some of the notable features or events of the year were, in club terms:

Many people have contributed time, energy and dedication to the club’s operations. I can’t know everyone, let alone mention them all. But some of the people I have worked most closely with come to mind:

Kirsten Greed has stepped up to the task of organising the monthly meetings, not only relieving me of the task but also bringing her own style to the events.

Stephen Zuluaga has driven the process of transforming and upgrading the clubrooms as well as making a major contribution to the email migration.

John Swale, member number 16 and our Secretary. John is one of the people who has kept the club on track with both statutory and operational matters. He has also provided me with invaluable support in the formalities of running committee meetings, something for which I am not really cut out. John decided not to nominate for the Secretary position again this year, and as I write this the position remains unfilled.

Hugh Macdonald has made a substantial front line contribution to the hard work of the email transition, as well as ably editing PC Update.

Rob Brown has been active in a number of areas: The email transition, facility maintenance, and liaison with our CiviCRM support contractor

Harry Lewis makes invaluable contributions in iHelp, CiviCRM, and the email transition. He is also the go-to guy for hard data and statistics on club matters.

Peter McConnachie, our treasurer, who has minded the club finances in a difficult year.

The whole iHelp team: Dave Simpson (Convener), Leighton West (Secretary), Bert Alesich, Mike Allison, Kevin Dempster, Stewart Gruneklee, Harry Lewis, and Cedric Wyndham. This dedicated ban of volunteers helped out one-third of the membership during 2020, with a total of 1,345 requests for computer help. It just shows how important iHelp still is to many members.

Our club has, of course, a large number of Special Interest Groups, or SIGs. Those SIGs provide information, assistance, socialisation and sharing of common interests across many topics and suburbs. They are held together by their individual conveners, to whom we all owe a debt of gratitude, but who are too many to mention individually. But you know who you are, and thank you.

And last but not least Malin Robertsson, the ever-obliging lady who runs the office. And office volunteers Steph Lancaster, Bill Moss, and Stewart Gruneklee.

A big thank you to all I have mentioned and those I have inadvertently missed.